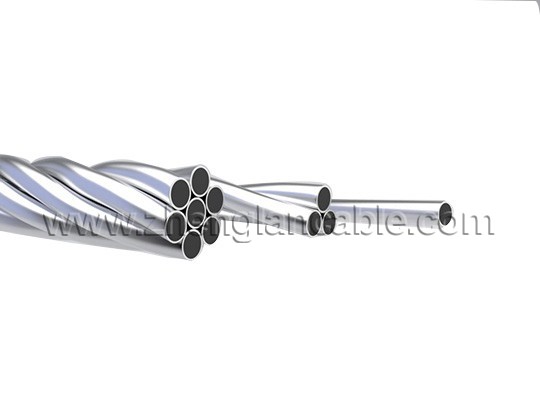 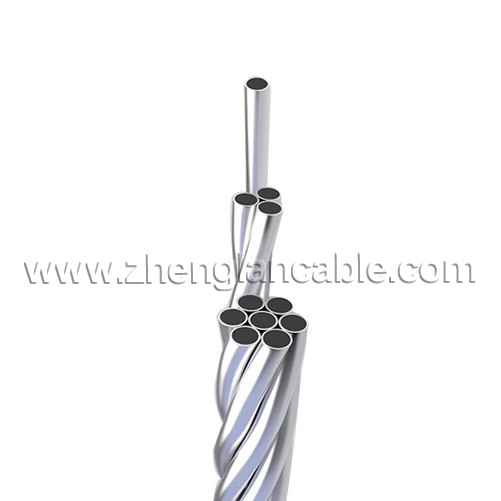 ACS cable with full name as Aluminium Clad Steel Wire Stranded conductor is a composite Concentric-lay-stranded conductors made of aluminum-clad steel wires. ACS conductor consists of a central steel core with a layer of high conductivity aluminium extruded over it. The aluminium layer forms a seamless metallurgical tie with the steel wire to guarantee permanent bonding during rewinding and stranding.The aluminium layer thickness is atleast 10% of the wire radius and approximately 25% of the cross-sectional area. Conductivity is proportional to the aluminium layer thickness. Conductivities ranging from 20% to 40% ACS are available.

HIGH RATIO RESISTANCE WEIGHT. ACS offer the best ratio resistance-weight compared with other wires used in the electric lines.  Its tensile strength is 8 times bigger than the aluminium wires of same diameter and little more than the double relating to the weight. Compared to the galvanized steel wire of same diameter and same mechanical characteristics, the weight of the ACS is 15% less, and maintains its mechanical characteristics through the time due to the excellent protection offered by the aluminum layer.

This conductor is used extensively in the cable industry for the manufacturing of Optical Ground Wire (OPGW), conventional stranded earth wired and steel reinforced cores for phases conductors, all to be used in overheads lines. Also, it can be used in alternative applications an helical hardware for overhead lines or those where the resistance to the corrosion is an important factor.

Aluminum clad steel wire overhead ground wire has excellent corrosion resistance. Its strength and conductivity remain unchanged in any atmosphere where aluminum is satisfactory, especially those known to be corrosive from industrial or atmospheric conditions. This assurance against corrosion is obtained through the application of a thick covering of pure aluminum which provides a substantial barrier of protective metal.

If you have any questions, please fill in the following information and we will respond to you in time.